The Museum of Equestrian Art is part of the facilities of the Royal Andalusian School of Equestrian Art, a repository of the Andalusian equestrian heritage, and it includes a visit through the main facilities of the Institution. Opened in 2005, the museum is devoted to the art of horsemanship, its appreciation, preservation, study and promotion. It takes through the origins and evolution of equestrian art from the beginning to the present day by various means to facilitate the appreciation of the experience using all the senses.

The nucleus of the Museum is located in the basement of the Recreo de las Cadenas, a beautiful example of the 19th century architecture designed by Charles Garnier. The main area of the museum is complemented by other facilities that enhance your appreciation for the equestrian art: the Visitor Reception Centre, which shows an audiovisual presentation of the history of equestrian art in Andalusia; the saddlery, an authentic craft laboratory for the creation and restoration of the traditional harnesses; the tack room, where the different pieces of riding equipment and harnesses are kept ready for each performance; the indoor arena, where the show “How the Andalusian Horses Dance” demonstrates the equestrian art at its highest level; the stables, where visitors may admire the genuine protagonists; the botanical gardens and the visit to the state rooms of the Recreo de las Cadenas.

The nucleus of the Museum consists of 11 rooms that contain displays showing the origins and evolution of equestrian art in Andalusia and the rest of the world.

The main scientific argument is supported by archaeological remains which highlight the importance of the horse in the area of the Guadalquivir River during the times of the Iberians and Tartesians, going on to discover the unique ‘juegos de cañas’ (jousting with bamboo poles) which horsemen from Jerez played during the Middle Ages as training for the war. From the Renaissance, the violent ‘juegos de cañas’ developed and evolved into an exhibition of equestrian skills which took place in the central Arenal Square under the title ‘Bueltas de escaramuza de gala a la gineta’ (Mock skirmishes with short stirrups). Although such exhibitions fell into disuse over the years, these skills were kept alive by the ‘garrochistas’ (horsemen holding a goad) in the countryside and the ‘rejoneadores’ (mounted bullfighters) in the bull rings. In the 20th century, the Royal School purified and systemised these traditions, taking as its inspiration the grand European schools such as the Spanish Riding School of Vienna, originally formed with Andalusian horses.

The origins of equestrian art in Andalusia

The history of equestrian art in the world

The history of the Royal School

The outstanding architecture of the Royal School

Horses communicate with us

Professions related to the world of the horse

The origins and evolution of the horse

An equestrian dialogue with a virtual horsewoman

The horse over five continents 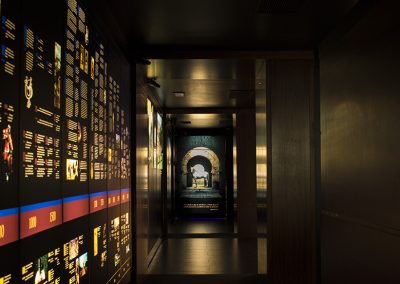 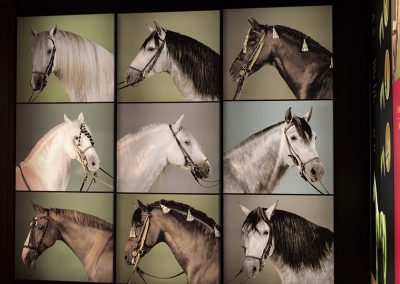 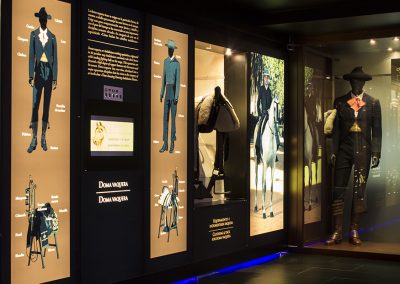 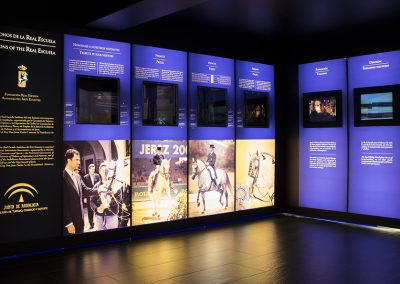 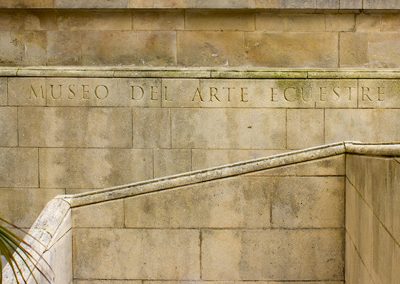