It is thought that our horses existed in the Iberian Peninsula as far back as 3,000 years ago. In the 4th century BC, they were praised by Aristotle and later by other historians such as Pliny the Elder, Virgil and Columela. The Iberian horse was famous and renowned throughout the world, and was thus exported in order to be crossed with other breeds beyond our frontiers.

During his reign, Felipe II planned the improvement of the then existing Spanish stock, sparing no efforts in his venture, this great labour achieving enormous success in the selection of the Pure Thoroughbred Spanish Horse. The Grand Master of horse-riding François Robichon de la Guernière stated ‘All writers have always given preference to the Spanish horse and considered it to be the best of all horses for the arena, due to its agility, resourcefulness and natural rhythm. It has been esteemed the most appropriate for the arena, for displays and parades, for its poise, grace and nobility; and even more suitable for war on a day of action, both for its great spirit and docility’. And adds: ‘the Spanish Horse is the most fitting to be mounted by a King on occasions of triumph’.

The Spanish horse was the most highly appreciated in Europe for several centuries and it is easy to see portraits of the age where Kings and nobles appear mounted upon Spanish horses.

Some defining characteristics of the Purebred Spanish Horse are as follows: 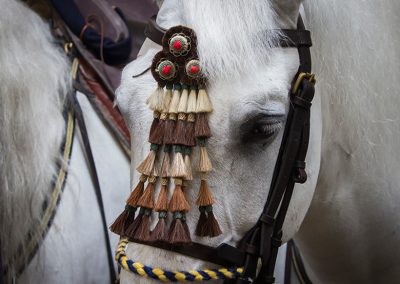 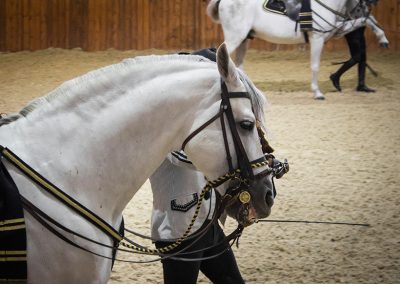 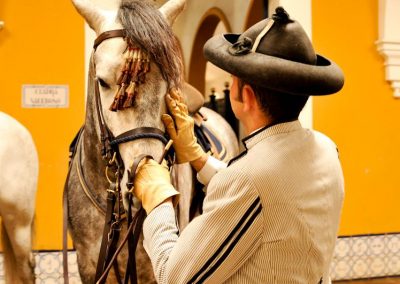 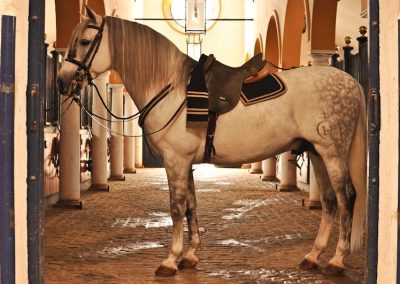