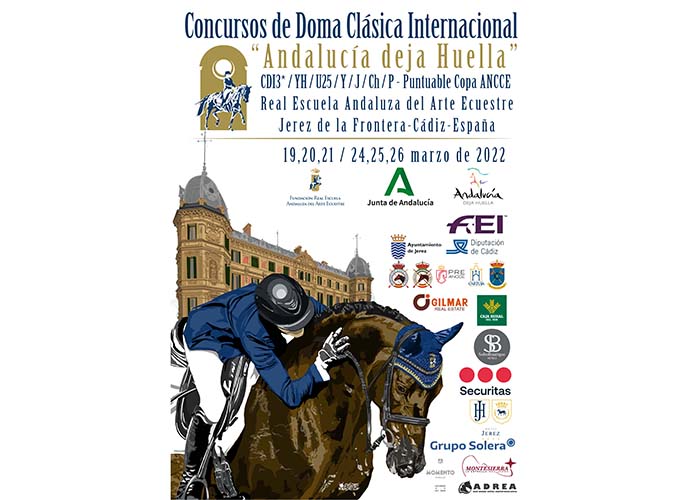 The Royal School Foundation’s Director, Jorge Ramos, has presented the CDI3* International Competition – “Andalucía deja Huella” to the media, which events are scheduled for March 19-21 and 24-26 at the Royal School site.

More than 140 competitors from 12 different nationalities will take part, which means a registration record of participants in the only CDI3* to be held in Andalusia this year. About 40 participants will attend the “Grand Prix” test both dates, being this event qualifying for the World Cup, the European and the ANCCE Cup, thus placing the Foundation and Jerez at the highest international level.

The 39% of participants will be foreigners and the 61% of them Spanish competitors. It will bring together 11 Olympic riders, 13 World Championship winners, 13 international judges and 4 officials for more than five hundred orders of starting. There will be two arenas for all the competitions, the outside one near the Palace and the indoor riding arena, which bears the name of the founder of the Royal School “Álvaro Domecq”. The riders of this School taking part in the different tests during the six days will be Belén Bautista, Ignacio Rambla and Rafael Soto.